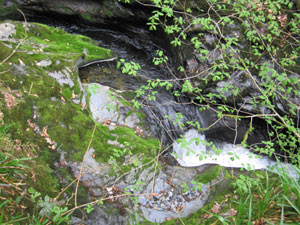 Driving up the M5 yesterday I followed one of those caravans plastered in stickers of 'Places I've Visited'. Above them and prominent were two stickers of moose (meese?) – the kind that are popular among a few people – if that's not an oxymoron – in GB. The big one on the right, back of the steering wheel in other words, was presumably representing 'him'. Beside it but on the same side was a smaller moose, presumably representing 'her'. They were facing in opposite directions, rump to rump.

'This tension – between the solitary voyage and the longing for love and companionship', says novelist Rose Tremain in a Guardian Review, '...before I had written anything worth publishing, yet already aching to succeed as a novelist, I understood that these conflicting desires lie at the heart of most writers' lives and would lie at the heart of mine.'

I think this is hugely insightful – and yes, it's core. I certainly see it in my writing and themes to which I return both as author (fiction and n-f) and as poet. But I'd add that these conflicting desires lie at the heart of any life.

This is a biggie, and underpins perhaps all our relationships. There's of course a whole book on this (and many have been written), and this is only a blog-page. But I guess we can't escape from the fact that in order to be at peace, and be psychologically healthy, we need to face and reconcile the apparent conflict between the two poles in ourselves. We all need both, to a greater or lesser degree (and therein, clearly, lies the trouble).

We are alone, speaking existentially: no one else can do our being born into space and time for us; no one else can do our dying. But within that, one of the most rewarding experiences possible to a human, it seems to me, is that of genuine and loving intimacy (and although I here mean with another or other human/s, I'm not speaking of the sexual relationship necessarily – I suspect true loving intimacy there is rarer than one might hope. And one can also be spiritually and psychologically intimate of course with oneself – that seems a necessity for healthy relationships 'out there', with close friends and family, with other species, with a landscape).

And then there's the cosmos: how to be intimate with the cosmos, feel ourselves directly as a part of it? To be distinct, in the way that a river is distinct – and also utterly connected from rain to ground water to source to sea... 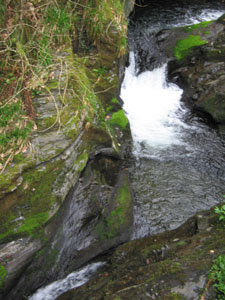 Waking up to these facts, really waking up to them and what they mean, might be something to do with growing into psychological maturity, and its rights and responsibilities. (I don't know – ask me when I've made it!)

So: we have company along the way: 'You have to do it (this journey) alone,' says John Rowan; 'but you don't have to be alone to do it.'

So there's this urgent need for merging; and I don't believe this is simply explained by a mainstream behaviourist 'take', which seems to me reductionist and therefore hugely limited: that our need for merging is simply a desire to return to the womb. I think there's a more profound metaphysical need there to experience ourselves as truly connected, truly belonging, truly a part of everything, rather than 'apart from'.

In our culture, though, with no cultural religious container, we so often and completely unconsciously attempt to get this need met via a human 'other', who of course can't carry a project this size. I've written a great deal on this elsewhere* – how our biggest experience of merging in the Western secular postmodernist world (if not through barrier-dropping mind alteratives such as alcohol and drugs, and at times through music, art, poetry, dance, the outdoors) is through falling in love – and have a great deal more to write. And many others have written of it at length.

And then there's the need for solitude, in many of us unrecognised (but perhaps less so if one makes one's way in a creative field); and the cause of a lot of trouble if left unrecognised.

And it's an axis, isn't it, and each of us finds ourselves, knowingly or more usually not, somewhere on that axis.

The trouble comes in relationship when two people's models are different (which I guess is probably the default); when they're at different places on 'the line'. All that jostling, all that frustration and disappointment and resentment: one wants more space, one wants more closeness. One pushes for connection, one withdraws into silence. In co-dependent relationship (as opposed to interdependent) – and let's face it most of us muddle up love and co-dependence – each carries the projected unconscious needs of the other, and both are fearful of what they see 'out there' as the other's extreme neediness, or perhaps extreme withdrawal.

I guess a healthy relationship has to include acknowledgment of all this, and a conscious commitment to working on one's own stuff around intimacy and solitude – as with everything else. Maybe happiness is partly to do with an awareness of what we can and must do for ourselves, and a comfortable relationship with both being alone and with our own requirements for intimacy; plus a sense of what it's reasonable or realistic to expect or ask from, and also to give to, another. (Motivation is part of the picture, too, isn't it? Am I giving to give, or am I giving to get something back?)

And these things have preoccupied me for so many years now because yes of course they're also what I'm working with. It's never-ending, as long as we're alive, this process... 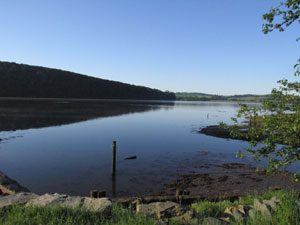 Over the last 25 years, since doing a training in transpersonal counselling, I've led workshops in this and related subjects, as well of course as in writing. If you live in Britain with access to the southwest, and think you'd be interested in exploring this on a weekend or week-long course or even regular short workshops, or maybe in one-to-one mentoring using writing as a tool, let me know: roselle[at]fire-in-the-head.co.uk (the mentoring can be done via the internet too).

* In a number of essays and articles, and also in my first book Riding the Dragon – myth & the inner journey
Posted by roselle at 09:53

Poetry is a deep current that flows beneath my whole life, enriching and informing all that I do. And it also surfaces in cycles. Poetry is ...

THE WILD WAYS
ecopsychology/ecosoul courses & retreats:
http://thewildways.co.uk
In the 1970s I studied Celtic and early mediaeval French myths and legends in their original languages at Cambridge. In the 1980s I began a counselling training in Transpersonal Psychology, with an emphasis on the psychology of myth. From this grew my first workshops in 1991: 'Myth as Metaphor', out of which was commissioned my first book. Riding the Dragon – myth & the inner journey was published by Element Books in 1994.

This of course is plagiarism, and apart from being both illegal and an infringement of my rights it has affected my ability to make a living, difficult enough in this field even after 28 years. You will understand that I'm now sensitive to it.