Fellow poet and friend Anthony Wilson maintains an excellent poetry blog here http://anthonywilsonpoetry.com/, where he also writes of his experience of cancer.

With his permission, I'm reblogging an inspiring recent post on the art of making, and the central remit of, poetry, with illustrations of this by Adrienne Rich, who has inspired many of us (as has the main subject of this blog, the book by Julia Casterton). There's a small addendum by me below it.

In 1991 I made the decision to teach part-time so that I could put poetry more at the centre of my life. I was still new to the game of submitting my work to magazines, but had learned enough to get by, quickly making virtual friends with far-off names like Scratch, Fatchance, The North and Smiths Knoll.

It was a heady time. The drop in my income was now challenged by a weekly list of new temptations: Bloodaxe catalogues, The Poet’s Manual and Rhyming Dictionary, subscribing to Poetry Review. Just as important was a slim red book recommended to me by someone at a workshop, Julia Casterton’s Creative Writing: A Practical Guide (Macmillan). It was like nothing I had ever read, down to earth: honest and passionate. Its pages burst with quotes and one liners by writers about writing and other writers. It was a bit like being invited to a party at a very eclectic and learned Senior Common Room, where all the dons assumed you were as well-read as they were.

One of the book’s presiding and central spirits is Adrienne Rich. The quotations from her work which Casterton chose were simultaneously dense and shockingly clear, alive with anger at history and silence:


The present breaks our hearts. We lie and freeze,
our fingers icy as a bunch of keys.
Nothing will thaw these bones except
memory like an ancient blanket wrapped
about us when we sleep at home again,
smelling of picnics, closets, sicknesses,
old nightmare,
and insomnia’s spreading stain.  (‘Readings of History’)

This chimed with Casterton’s own worldview, prefigured in subheadings which had titles such as ‘Conversing with the spirits of place’, ‘Writing your own conflict’ and ‘Writing with the whole self’.
She used Rich’s extraordinary long poem ‘In the Wake of Home’ to demonstrate Fowler’s preferences for writing in The King’s English:

Casterton said: now look how Rich does it.

It felt to me on first reading as though the speaker had somehow intuited knowledge and information about the deepest and unspoken parts of my family history and stripped them bare for all to see. On subsequent readings the voice lost none of this force, gathering in strength and humanity for being so close, so plain and within earshot. It was like encountering a sardonic aunt who takes you to one side at a family gathering to whisper: you kids, don’t believe everything you’ve been told. ‘Look at these adjectives’, Casterton says: ‘family, country, black, old, strange…Note particularly the total absence of adverbs.’

This was not deconstructing a poem as we had done at school. This was saying: there is moral and political and ethical force in the choices of words you make to say what you have to say, so you better use and choose the right ones.

This was writing as committed and serious work. Reading the poem confronted all my preconceived ideas about ‘writing what I knew’. This challenge pulsed in every line. The good news was I now had a yardstick to measure my own attempts at growth.

from In the Wake of Home

But you will be drawn to places
where generations lie
side by side with each other:
fathers, mothers and children
in the family prayerbook
or the country burying-ground
You will hack your way back through the bush
to the Jodensavanne
where the gravestones are black with mould
You will stare at old family albums
with their smiles         their resemblances
You will want to believe that nobody
wandered off      became strange
no woman dropped her baby and ran
no father took off for the hills
no axe splintered the door
—that once at least it was all in order
and nobody came to grief

Adrienne Rich, from Your Native Land, Your Life (Norton, 1986)

* With one reservation, I agree with these 5 points. In relation to the * above, I remember John Moat, co-founder of the Arvon Foundation, speaking of the preference for the Saxon word, too. I believe he illustrated this with that phrase from Ted Hughes' 'The Thought-Fox': 'sudden sharp hot stink of fox'.

However, I personally prefer to qualify this particular point. My own sense is that this phrase is very pleasing, in its context; and often a shorter simpler word is more effective (contrary to the illusions of beginning poets – and we all fall prey to the pretty seduction of a 'poetic phrase' sometimes) than a Latinate/Romance word. Or so the thinking goes.

However, our English language as we know it is not merely Anglo-Saxon, which has its own very specific sound patterns, but a composite of Anglo-Saxon, Norse, Celtic, Latin and Greek, and (as a Celt) I do just want to point out that Anglo-Saxon English was forced, historically with penalties for a reversion, upon the Irish, Scottish, Welsh and Cornish, whose own tongues, the Goedelic (Irish and Scots Gaelic) and Brythonic (Welsh, Breton, Cornish, Manx) variants of the Celtic corpus, are on the whole a great deal more mellifluous than Anglo-Saxon, and yes do tend towards the polysyllabic.

But in English-speaking Celtic peoples the Saxon tongue doesn't in fact always sit easily. The typical Celtic nature/lyric poem (most of my own favourite poetry is often written in this style by Celtic poets), even the contemporary one, will often use longer-phrased more fluid language; more suitable, sometimes, to the style and the subjects to which it is attuned. (This is true even in translation – though that isn't surpirising since the translation will, course, usually be done by a Celtic speaker.) And while, as in Hughes' poem, the more staccato monosyllabic Saxon tone might work in relation to, say, a fox, it doesn't work in relation to, say, the ocean.

Anthony's choice of poem today, interestingly, is Eiléan Ní Chuilleanáin's 'Swineherd'. This poet also writes in her own Irish Gaelic tongue, and even in translation you can hear a different sensibility and cadence, I believe, in the diction from a native English speaker's voice, even though she too also uses short simple words. Read it aloud:

...I want to lie awake at night
Listening to cream crawling to the top of the jug
And the water lying soft in the cistern.

I want to see an orchard where the trees grow in straight lines
And the yellow fox finds shelter between the navy-blue trunks,
Where it gets dark early in summer
And the apple-blossom is allowed to wither on the bough.

(You can read the whole poem, and Anthony's thoughts on it, here: http://anthonywilsonpoetry.com/2013/09/13/lifesaving-poems-eilean-ni-chuilleanains-swineherd/ And, like Anthony, incidentally, I read many different possible subtexts in this poem; more are yielded each time I read, and yet I couldn't ever say definitively what this poem is 'about'. I like that.) 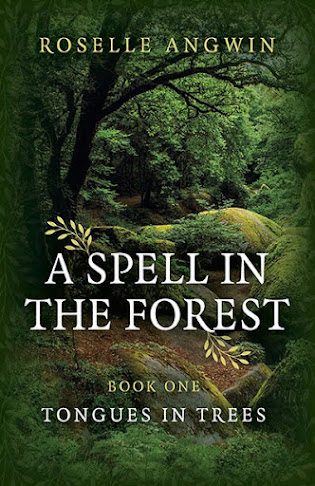