the darkness around us is deep

Well, it turns out that my last post before I leave early tomorrow wasn't my last, in fact, but the penultimate. I find I want to post a poem here; one that I posted on facebook.

This is a sad week. As some of you know, I've been very involved in the badger cull protests. With polls showing 80% opposition to the cull, and with far too many scientific studies showing that its effect will be negligible to even start to cover them here (I've been collecting evidence for 18 months), myself and other friends who've been active in opposing it really did think we might turn it around; but it's started.

And now there is the probability of military intervention in Syria – surely an unwise decision, though I realise the issue is complex in humanitarian terms.

In the light – dark – of all this, I want to post this poignant and moving poem by William Stafford, to remind us all that even when humankind seems to be so lost, we can still hold together.


A Ritual to Read to Each Other

For there is many a small betrayal in the mind,
a shrug that lets the fragile sequence break
sending with shouts the horrible errors of childhood
storming out to play through the broken dyke.

And as elephants parade holding each elephant’s tail,
but if one wanders the circus won’t find the park,
I call it cruel and maybe the root of all cruelty
to know what occurs but not recognize the fact.

And so I appeal to a voice, to something shadowy,
a remote important region in all who talk:
though we could fool each other, we should consider–
lest the parade of our mutual life get lost in the dark.

For it is important that awake people be awake,
or a breaking line may discourage them back to sleep;
the signals we give–yes or no, or maybe–
should be clear: the darkness around us is deep.

tongues of autumn lapping at the land


Autumn is dropping her stories, already, all over the moor.

Each year I think I've never seen the rowans such a perfect shade of pumpkin-red, the light quite so enchantingly golden, promiseful. There are stories in the juicy 'whorts', the wild bilberries clinging to the rockfaces; in the ancient granite boulders; in the steps I take in the steps of others on this oldest of drovers' tracks.

In the west, against a hazy sky, Pew and Vixen Tors are cutouts. As I think the names of the tors, ahead of me on the track something flashes a shout of russet against the goldgreen light – vulpine and voluptuous with summer.

I notice with a heart-murmur of pain the new young badger's freshly-dug latrine: it's tonight the badger cull is due to start. I can barely let my mind go there – the cruelty, the stupidity,  the insanity, the demonisation that, against the science, is to pacify farmers about TB.

I lie back on a mossy boulder. The grove holds its stillness as a chalice bears wine. I still too to earth-time. 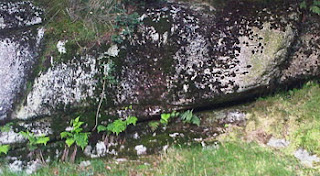 Across from me new tongues of fern emerge from stone speaking their own green language; descendants, perhaps, of the ones that have died in the season since I was here; since we were here. Or maybe the old crown simply died back, and these new Fibonacci spirals are re-emergence from the same strong rootstock.

Once we looked into the mouth of this history of rock; its tales, its long journeys and transformations. We wrote for it then, in its language. 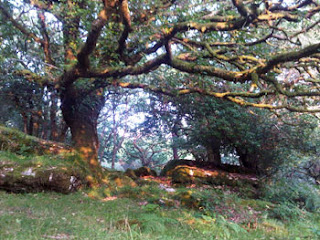 At the edge of the grove our other selves flicker in the trees; die away; re-materialise. Perhaps nothing is ever truly lost.

I wish I could upload for you the stories of the unknown unseen yous. I wish I could upload, too, the yaffle of the green woodpecker as it undulates away southwest; the song of the unseen wren by the granite gateway; the sharp taste of wood sorrel leaves bursting on my tongue. From somewhere comes a tang of pony on the breeze; warm, sweet, good.

Now, homewards, the late August sun slides over my hair and neck, my shoulders, my back.

The lanes are dusted with handfuls of golden chaff from the barley harvests.

Later, darker, waifs of cloud float down the Princetown road, slow me to a crawl in case of ponies, sheep, cattle in the road. The other side of each wisp is astonishingly clear: the Milky Way shawling the sky.

I don't know, suddenly, if I find myself drifting among the stars, or if I am myself the drifting stars.

From Thursday, I'll be off in France leading a writing retreat in the wild Cévennes (one place left for anyone wanting a last-minute adventure!).

I'm not taking my computer, so more after 9th September. 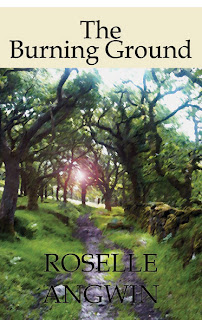 It's an exciting moment when the cover for your next book arrives. (Actually, it's a bit agonising opening the jpeg – just in case you hate it. Luckily, I didn't – not least because the publishers used my photo!) And when the proofs come, and the book's existence in the world is about to become a reality rather than a dream and you have to reread the typescript with one eye to the public, it's quite a trepidatious experience.

When I write, I write because I'm passionate about the content; I don't write for a particular audience. However, of course it's not true to say I don't think about a readership – every writer wants to be read. But my focus is on what I want to explore, even as I'm trying to make my writing the most engaging, and fluid, that it can be to convey my subject and entice a reader.

I wrote Imago, my first novel (see http://roselle-angwin.blogspot.co.uk/2011/02/pyrenees-cathars-and-imago-part-1.html and three other posts), hot on the hooves of my first commissioned book, Riding the Dragon. It was an easy write, but it then took 17 years to find a home. After writing it in the early 1990s, I collected the prescribed number of rejection slips; some of our major publishing houses asked to see the whole manuscript (instead of the usual 3 chapters and synopsis), which is always a heartening sign. Several of them wrote a personal letter telling me how much they liked it, so thanks – but no thanks. The general consensus was that it was too minority-market; too esoteric for a general readership. Then Labyrinth and The Da Vinci Code made erstwhile esoterica more mainstream, and I eventually found a publisher. It's out there, and some people like it.

However, back in 2000 when I was about to embark on a new novel, and had a whole shoebox full, nearly, of rejection notes and letters for Imago, I thought that maybe I'd focus more on plot and less on character; make it more 'saleable'. I knocked ideas around with a friend and my daughter, and the plot gradually came into focus. I was, and am, pleased with it. I think it's strong, gripping, engaging. It takes place partly in Brittany (Imago was also partly set in France), but mainly on Dartmoor (Imago is partly set in Devon too).

This is part of what the blurb on the back says: 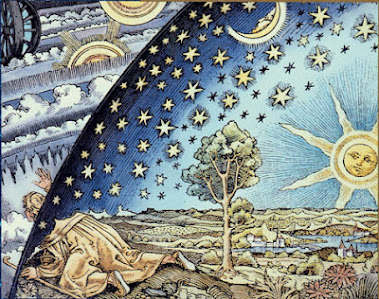 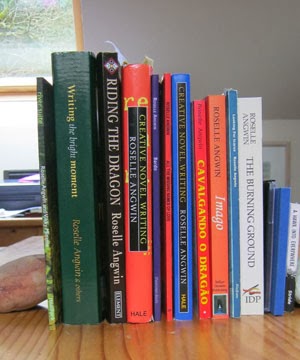