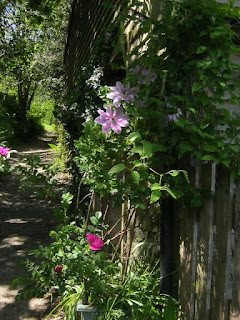 You know what it's like to have so much crammed in to your daily life, and so much to say, that you say nothing at all? – That. Hence no blogs.

What a turbulent time in the world. How distressing and helpless-making it all seems – if we're not mindful of holding a positive intention, even a tiny intention, like noticing some beautiful things in or about each day. When you do that, not only do you remember that the world is still beautiful, but you also gain some perspective on your own relatively trivial issues. (I have to say there have been a few of those, here in the Garden of Avalon. As in the macro, so in the micro, for we are all connected.)

However, since there really is too much to talk about, I shall just say: over and over I am reminded that change is the only constant, and how we surf these changing challenging moments, how we learn to live increasingly calmly with uncertainty as our faithful companion, determines so much of how we live, and what we experience and think and feel, in the world. So easy to hit out, to blame others, when it's our own emotional reactivity to our perceptions, false beliefs and assumptions that causes so much of our own distress. 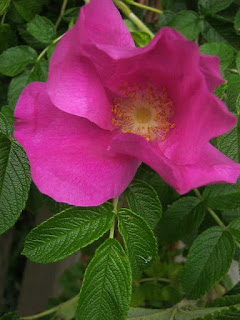 Way back before Easter I posted some words about the jackdaws waking me early with their wild chortles and plays on the roof, just feet from my head on the pillow (the other side of the slates, I hasten to add).

The birds didn't ever go quiet. What did happen, though, is that a few weeks later their chortles were joined, and then replaced, by an ever-increasing-in-volume small raucousness: undifferentiated and rabbley. Every morning. Every morning at 4.30 am.

Week by week, though, it changed until I could pick out three small, demanding, and distinct individual voices. The parents went quiet: they were clearly far too hassled and far too shagged-out to do anything other than spend every daylight hour shoving food into the squawking open mouths.

About four or five weeks in, I managed to get a glimpse of their 'nest'. A shambolic strewing of twigs, several of which frequently toppled to the ground (where the neighbouring cat sat in the early mornings, also with his mouth open) balanced right under the eaves on top of the ivy growing up the back of our stone house homed five almost full-sized jackdaws (three the chicks). By now their voices were truly loud. I have no idea how they didn't fall out, let alone how they actually managed to sleep at night, piled as they must have been one of top of the other in swaying ivy (one did, but caught itself in the ivy just above the cat's reach; and must have managed to flap or scramble back up).

Anyway, they fledged, and all five joined the bigger congregation of rooks and jackdaws roosting across the valley. Occasionally still all five will do a flyover; and now and then I hear a familiar chortle at 4.30 or so. I still wake at that time, even without their greetings.

My herb and bee garden has become a quiet corner for meditation and – should I ever manage to snatch a few moments for my own writing – poetry. More significantly, it's home to many insects, and many fledgling birds. There was a moment this year when it was a spectacular feast of scents and colours and peak abundance; before a week or two later it tumbled to huge overgrowth.

However, it's been wonderful to see so many bees and butterflies this year, though devastating to see and hear so few swallows – again.

It's been an odd year in the garden, with the climatic extremes we've all had. (I imagine many of you who are gardeners out there would say the same thing? I'd be delighted to hear your experience.) We depend on our veg for between half and two-thirds of all our food, but this year it will be less that that.

Because TM* wasn't working last year, he had more time to spend in our organic veg garden, so for once we were ahead of ourselves. For once, too, I actually managed to sow three lots of broad beans successionally, and they have been prolific. But the French cobra beans, courgettes and squashes we started off in the greenhouse in spring have been terrible; simply not thriving, despite well-composted beds and enough magnesium.

On the other hand, the borlotti beans which we sowed directly a couple of months later into the soil of my mulched no-dig bed had reached the tops of the canes and were producing flowers fewer than five weeks later. Also very productive were the three varieties of broad beans: one overwintered, and two, including the red-skinned Karmaszyn, sown and cropping early.

The kales and cabbages are doing fine under their nets against cabbage whites and pigeons. Ditto the onions and leeks. My Swiss chard, French sorrel and salads have been great; ditto beetroots and spring onions. So far, the sweet potatoes we're trialling seem to be OK, and the sweetcorn too. Both depend on late sun, though.

The biggest failure, and rather devastating on a small domestic scale, has been blight on the wonderful, huge, lush tomato plants, both indoors and out-; and, worse, when they have been laden with trusses of green fruits. We have had to uproot and burn a dozen previously-healthy plants. I've made green tomato and rhubarb chutney with some.

Of course, being in the same family, the potatoes have it too. The earlies are OK, and we cut down and carted away the haulms of the main crop spuds, and TM lifted the purple-skinned heritage Arran Victory yesterday. We don't know yet if they'll be edible, although normally they would store well and see us right through the winter.

We are lucky: we can go and buy organic potatoes. Not the case for the victims of the Irish Potato Famine – how easily, given the vagaries of the weather, one could succumb to starvation (one million did) if one depends on a single crop, especially given the political horrors imposed by the British/English rulers and wealthy absentee landlords that went with that event.

Well, I was fortunate enough as to be given a fabulous online launch for A Spell in the Forest, by my friend James Murray-White, who founded the Save The Oaks campaign. More than a hundred people from all over the world attended the launch event, were generous with their attention, and said lovely things. If you were one, thank you. Please know you made a difference to my life. That evening was truly a peak experience.

If you click on the link above, it will take you to James' site and blog, where you can, if you'd like, watch and listen to the launch, and also be directed to my webpage to see details of, and buy, the book.

A plea: if you have read my book, it would help me enormously if yyou'd post a brief review on Amazon, even a sentence or two. Many people go to Amazon to read reviews, even if they then buy direct from me, or from their local bookshop, Hive or Bookshop.org. (Oh – what a thing! – the week the book was published, I shot right up into Hive's Top 20, at place #7! Sadly, however, I shot right back out again the following week...)

Another plea: if you haven't, please buy the book!

And I am supposed to be writing Book Two. Well, nothing's happened with that since midwinter; there has been so much else going on, with new online courses: Writing the Bright Moment & Poetry & the Ensouled Life; and with mentoring, and admin for the Islands of the Heart retreats in a few weeks. Then there is family, our two young dogs and many discussions and explorations in relation to what future we want to create for ourselves, and help in whatever way we can to create for the world.

One thing I know is that I want to spend more time writing, and growing, and less time on the computer. So...

One way in which I'm committing my time in future is to completing my book (for which I may have found a publisher) on plant-based living, based in part on recipes from our garden. I am a quiet but deeply committed vegan activist. Going plant-based, or at least reducing your meat and dairy consumption is the biggest way in which you can tackle the climate emergency.  Of all this, and a recipe, more in Part 11.

* a small boast: TM has been awarded the regional Sustainable Builders' Award of the Year by the Federation of Master Builders for his last eco-house. That means he goes forward to the nationals in the autumn. 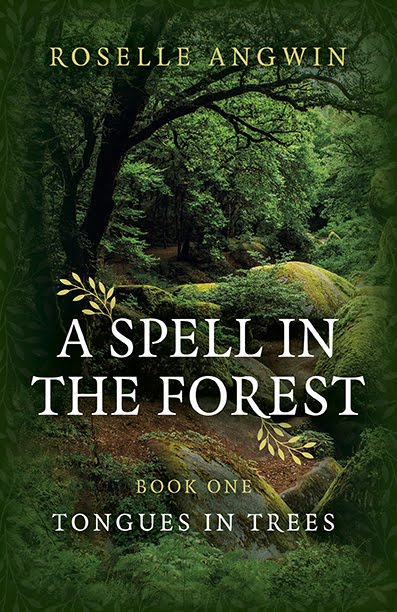